And we all, who with unveiled faces contemplate the Lord’s glory, are being transformed into his image with ever-increasing glory, which comes from the Lord, who is the Spirit.2 Corinthians 3:18

Oh, taste and see that the Lord is good! Blessed is the man who takes refuge in him! Psalm 34:8

But seek ye first the kingdom of God, and his righteousness; and all these things shall be added unto you. Matthew 6:33

“The fear of the Lord is the beginning of wisdom,
And the knowledge of the Holy One is understanding.
11 For by me your days will be multiplied,
And years of life will be added to you.
12 If you are wise, you are wise for yourself,
And if you scoff, you will bear it alone.”  Proverbs 9:10-12

Blessed are those who have learned to acclaim you, who walk in the light of your presence, O LORD. Psalm 89:15

Therefore you have no excuse, O man, every one of you who judges. For in passing judgment on another you condemn yourself, because you, the judge, practice the very same things. We know that the judgment of God rightly falls on those who practice such things. Do you suppose, O man—you who judge those who practice such things and yet do them yourself—that you will escape the judgment of God?  Romans 2:1-3

A merry heart maketh a cheerful countenance: but by sorrow of the heart the spirit is broken. Proverbs 15:13

Let love be genuine. Abhor what is evil; hold fast to what is good. Love one another with brotherly affection. Outdo one another in showing honor. Do not be slothful in zeal, be fervent in spirit, serve the Lord. Rejoice in hope, be patient in tribulation, be constant in prayer. Contribute to the needs of the saints and seek to show hospitality. Romans 12:9-13

May the God of hope fill you with all joy and peace as you trust in him, so that you may overflow with hope by the power of the Holy Spirit. Romans 15:13

To this you were called, because Christ suffered for you, leaving you an example, that you should follow in his steps. 1 Peter 2:21

Today is Fibromyalgia Awareness Day! In honor of this, I thought I’d repost one of my first posts discussing what fibromyalgia is. Wear your purple today and show everyone you are a fibromyalgia warrior! #FibromyalgiaAwarenessDay

For those of you who (unfortunately) aren’t already intimately aware of what fibromyalgia is, I thought I’d give a brief introduction to it.  Fibromyalgia is also know as Fibromyalgia Syndrome (FMS) and chronic pain disorder.  It actually has some links to PTSD, as far as the way the brain works — or rather the way it works but isn’t supposed to be working.  Here is the definition of fibromyalgia from the Mayo Clinic’s website.  I find that WebMD has some outdated information on fibromyalgia and prefer to reference sites like Mayo’s.

Now faith is being sure of what we hope for and certain of what we do not see. Hebrews 11:1

Let no corrupting talk come out of your mouths, but only such as is good for building up, as fits the occasion, that it may give grace to those who hear. Ephesians 4:29

As life moves onward, we tend to see that love is not all it’s cracked up to be. That is…we see it if we are really looking at it from God’s perspective instead of this world’s distorted version of it.

The world tells us that love is about feelings, affection, tenderness, and warmth. They tell us it’s about support, camaraderie, and getting along.

But I find that quite the opposite holds true in most cases. I don’t really call that stuff love.

Most of the times I have felt God really teaching me about what His kind of love is, it involves feelings and emotions, but isn’t really about the feelings at all. It’s about what is done or not done with such feelings.

Love is about action. Love is about decision. And that love action and decision we make to love can be expressed many different ways.

Sometimes I have found that the best way to express Godly love is to do something intentionally, that seems like you aren’t really doing much of anything at all. That something often entails backlash, by the way. Just look at Jesus on the cross, friends.

Think about it for a moment…

Not rude (especially when you want to be).

There are so many others – things that God says make up real love – but things we cannot see with our own eyes. These are the indicators of Big love. God’s kind of love.

When it gets really complicated, is when the action of love entails allowing there to be tough and rough and ugly feelings flying all around. A lot of times, love – God’s kind of love – is not feel-good stuff. That’s hard for this girl right here, yo. I absorb everyone’s emotions to a level where I get almost physically ill from it. Big, BIG thing I am working on with God right now. Letting other people own their own emotions and feelings.

In fact, I have been told by several of my health care folks that is a big player in this fibromyalgia thingie. Oh well. Surrender continues to be a theme for many of us, doesn’t it?

Sometimes we even have to allow others to feel unloved if what they are wanting or expecting from us isn’t what God is asking us to do for them. Do you think Jesus ever felt this way? I am sure it must have been beyond difficult for Him to turn all of that over to the Father. Sometimes, He had to just walk away. Sometimes that was the most loving thing He could do.

Jesus showed us the greatest of love by laying down his life for his friends. These “friends” were slapping him in the face, spitting on him, mocking him, beating him, turning their backs on him, telling him he was a blasphemer, and then put him to what they thought would be “death.”

He did not back down.

He prayed for them, but refused to pacify them.

He could have been all about puppy dogs and roses. He could have come to the world to become the most popular fellow around – known for how “loving” and cheerful he always was…known for how he made everyone feel good all the time. Not known for healing people who didn’t deserve it, or showing compassion without compromising truth, or standing up and turning over tables amongst the hypocrites.

Jesus didn’t sacrifice truth for love. And he didn’t use truth to bypass love either.

When asked over and over again by many who had the “power” to prevent the death on the cross to defend himself, for the most part, Jesus remained silent.

We express love in many ways, friends. But sometimes love is expressed silently. Sometimes, it is God’s action through that silence on our own part that does the loving.

And that is often hard to do.

We want to take credit for loving, don’t we? We like to profess what love is so we can have some form of control over its very definition. We want to make it and mold it to our liking, our standards, and our expectations. Often that is rooted, whether we realize it or not, in something not quite all the way pure.

If you are trying to love in some way in your life right now that not only doesn’t pay off with feel-good results, but even seems to be causing you to feel badly, know that you are not alone.

Jesus knows this kind of love. It is intermingled with suffering. It is laced with pain. It is loving sacrifice. He is love. He is truth. And He does all the real loving in and through us anyway.

So who cares about the world’s definition of it!

Guess what else? Loving – the God kind of loving – it often happens best when liking doesn’t even go along with it at all.

For if you love those who love you, what reward do you have? Do not even the tax collectors do the same?  Matthew 5:46

For this world is not our home; we are looking forward to our city in heaven, which is yet to come.

For this world is not our home; we are looking forward to our city in heaven, which is yet to come. Hebrews 13:14

In this you rejoice, though now for a little while, if necessary, you have been grieved by various trials 1 Peter 1:6

When pride comes, then comes disgrace, but with the humble is wisdom.  Proverbs 11:2 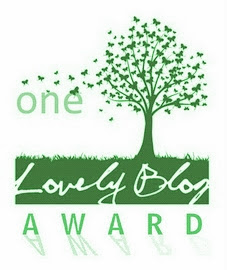 Life as a mom, nana and follower of Christ; hoping to share from lessons learned